Today the original scroll crest appears on the club's strips whereas the lion rampant club crest is used by the media, on club merchandise and on official club documents. Both crests have undergone minor variations since their introduction. It is believed that the scroll crest, representing the letters RFC overlapping, has been used since the club's formation in 1872, although the oldest remaining piece of memorabilia containing this crest is from the 1881–82 season. The scroll crest was replaced in 1959 with the lion rampant club crest which featured a lion rampant, an old-style football and the club's motto Ready, which was shortened from Aye Ready (meaning Always Ready in Scots), all surrounded by the team name, Rangers Football Club. The lion rampant club crest was modernised in 1968; the lion rampant, team name, club motto and old style football all remained. It was again updated slightly in the early 1990s to the current version. The modern circular crest is regularly used on club merchandise and by the media; it has never featured prominently on the club strip. In 1968 the scroll crest made a return appearing on the chest of the club shirt for the first time while the modernised club crest was still the club's official logo. The scroll crest first appeared on the teams shorts for the start of the 1978–79 season.

The way the scroll crest has appeared on the club shirt has varied slightly through the years. Between 1990 and 1994 'Rangers Football Club' and the 'Ready' motto appeared above and below the Crest respectively. Between 1997 and 1999 the scroll crest featured within a shield. After a successful end to the season in 2003, which delivered Rangers a Domestic Treble and their 50th league title; five stars were added to the top of the scroll crest, one for every ten titles won by the club. The team wore a special crest on 8 December 2012 in a home league match against Stirling Albion, to commemorate the 140th anniversary of their formation. '1872–2012' appeared above the scroll crest with the words '140 years' featuring below 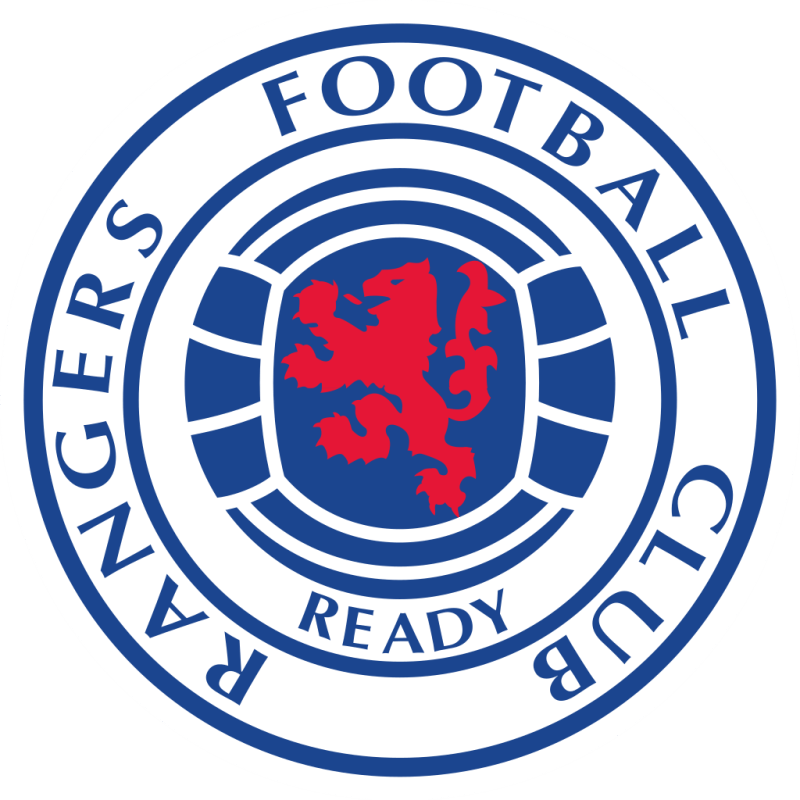 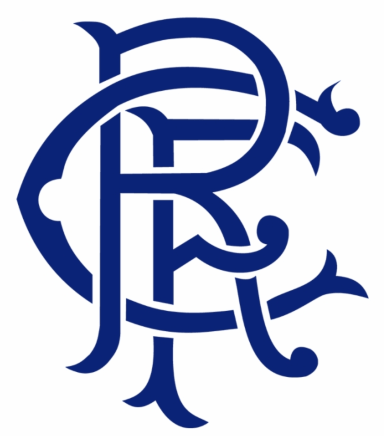 Scroll crest. Appeared on the chest of the Rangers shirt since 1968

Scroll crest. Appeared on the chest of the Rangers shirt from 1990-1994 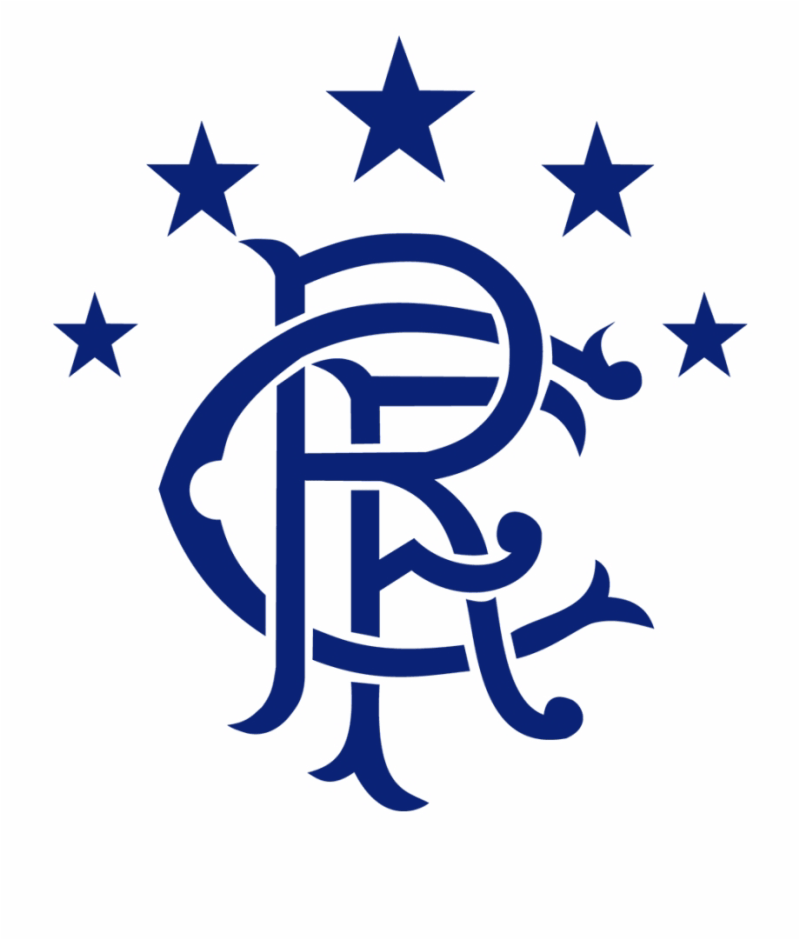 Scroll crest with 5 stars. Worn on the Rangers shirt since 2003 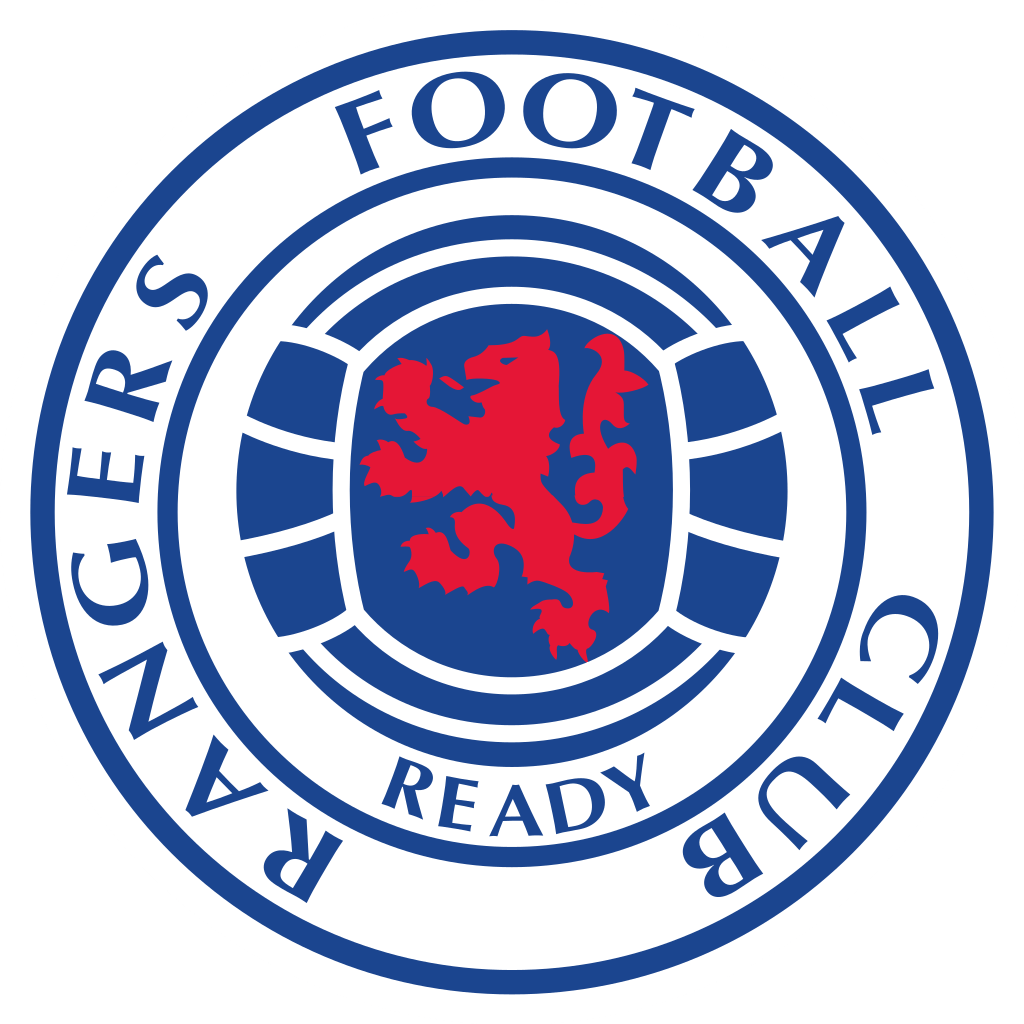 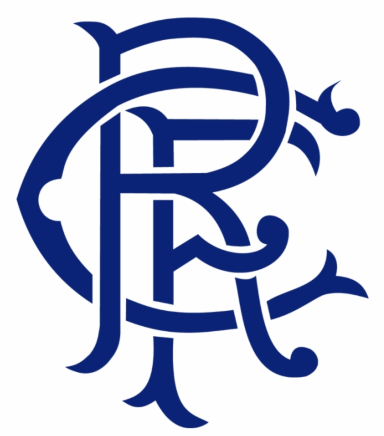 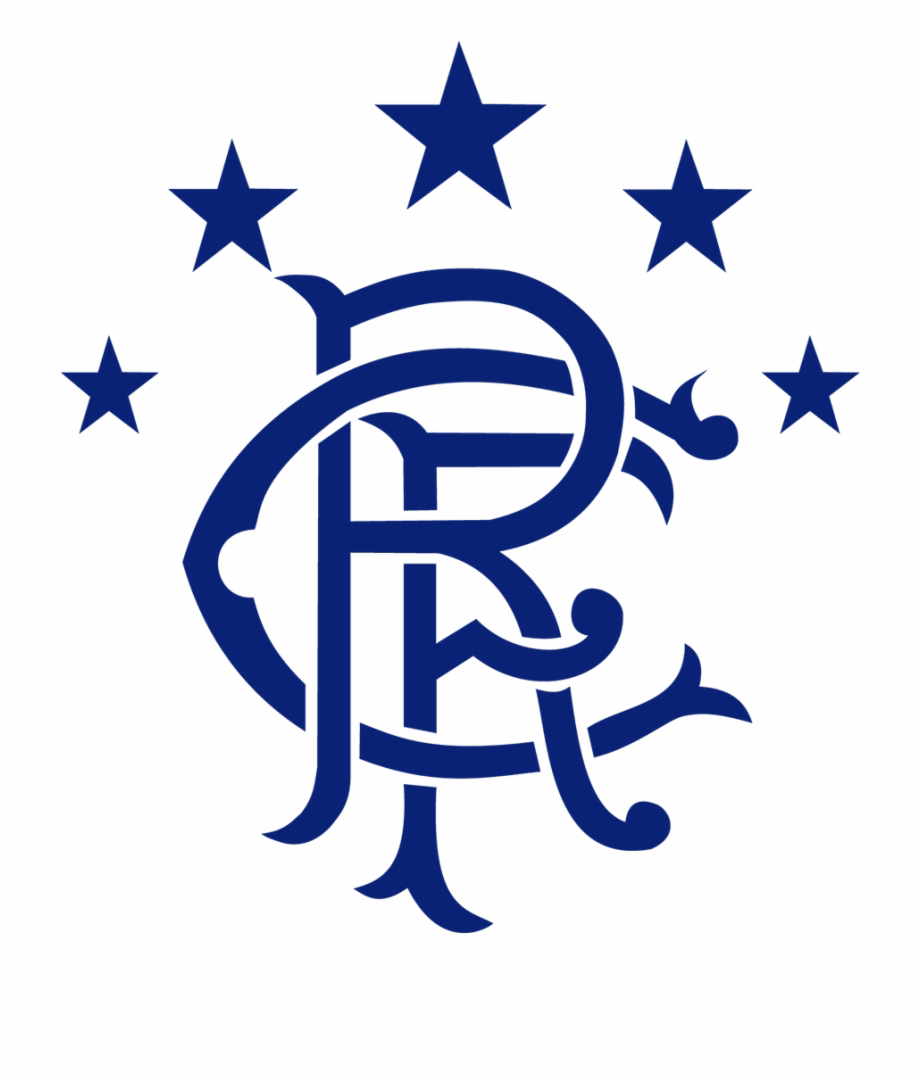 The club colours of Rangers Football Club are royal blue, white and red. 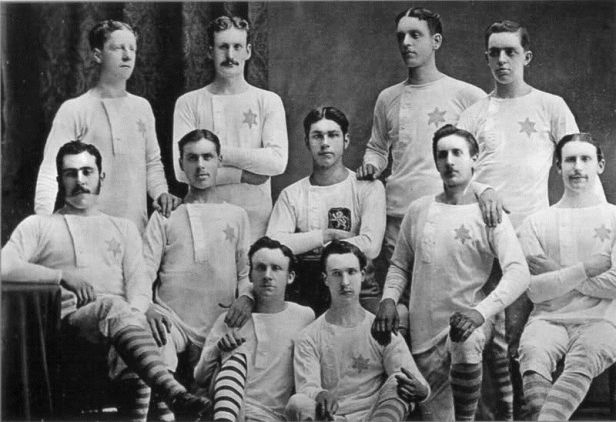 The first pictorial evidence we have of Rangers wearing a change kit comes from 1877. The white jerseys carried a sixpointed star and are believed to belong to a rowing club that several Rangers' players were members of. Also of interest are the elegant hooped hose, probably made of cotton and much lighter in manufacture than the thick woolen stockings that became standard in the 1880s. This outfit was worn in the Scottish Cup Final against Vale of Leven.

However, for the majority of the first forty-eight years of Rangers existence the club played in a plain lighter blue home shirt. The only deviation from this was a four-season period from 1879 when the side wore the lighter shade of blue and white in a hooped style. Traditionally this is accompanied by white shorts (often with royal blue and/or red trim) and black socks with red turn-downs (Govan colours). Rangers moved from the lighter shade of blue to royal blue in 1921, and have had a royal blue home shirt every year since. Black socks were first included in 1883 for five seasons before disappearing for eight years but became a more permanent fixture from 1896 onwards. When the red turn-downs were added to the socks in 1904, the strip began to look more like the modern day Rangers home kit. Occasionally the home kit will be altered by the shorts and socks, sometimes replacing the black socks with white ones; or replacing the white shorts and black socks combination with royal blue shorts and socks.

In the 1949-50 Scottish League Cup final, Rangers wore red shirts with a blue/white/blue band across the chest and sleeves. This was used as a change strip until 1952 when plain red shirts were adopted. In 1954-55 white shirts with red/white/blue bands were used for floodlit games and these gradually replaced the red tops as the team's preferred change strip.
In 1961 Rangers reached the European Cup Winners' Cup final for the first time. Because of a colour clash with Fiorentina's violet tops, the Scots wore a new strip of blue/white stripes with shiny blue shorts. This became their regular alternative and was worn with both blue and white shorts although a plain white strip was often used under floodlights. From 1971 plain red shirts adorned with the Rangers' monogram were used when colours clashed, usually with the first choice socks.
The basic design of Rangers away strips has changed far more than the traditional home strip. Rangers original change strip, used between 1876 and 1879, was all white featuring blue and white hooped socks and a light blue six pointed star on the chest. White and red have been the most common colours for Rangers alternate strips, though dark and light blue have also featured highly. In 1994 Rangers introduced a third kit. This is usually worn if both the home and away kits clash with their opponents. The colours used in the third kits have included combinations of white, red, dark and light blue as well as black. Orange and blue change strips, first seen in 1993–94, worn once in 2002–03 and reintroduced in 2018–19, have courted controversy because the colours were seen as referencing the Orange Order.